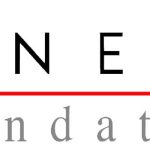 Subsequently, a full length dance drama was created by Stange, with the assistance of Rohana Deva, titled “Butterflies Will Always Fly”. This production was first showcased in Sri Lanka, London, New Delhi and Brisbane. As a result of the successful collaboration between the two organizations, Sunera Foundation was formed and registered as a charity in Sri Lanka in April 2000.

Over the next few years, Sunera Foundation, together with Wolf Stange and Rohana Deva, conducted performing arts workshops and produced four theatrical performances.

The collaboration ended in 2007. However, the Sunera Foundation has continued its activities, expanding its outreach, developing its programmes and catering to an ever increasing demand for its expertise and support to change the lives of the differenltly-abled individuals in Sri Lanka.

Dedicated to enhancing the quality of life of persons living with disability, the Sunera Foundation facilitates their fullest integration into society.

A society that fully recognizes and accepts the contribution of persons living with disability.