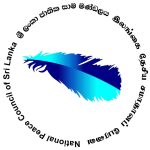 The National Peace Council (NPC) was established as an independent and impartial national non-government organization on 2 February 1995. The formation of the NPC was the culmination of a process that began with a campaign against election violence in July 1994, launched by an inter-religious group of individuals and organizations. The strategic interventions made by this group during the 1994 Presidential Election campaign specifically, and for a peaceful and permanent resolution to the protracted conflict generally, led to the organization of the first National Peace Conference the same year. The vision and mandate of a National Peace Council were formulated at this conference, leading to the establishment of the NPC the following year.

In a concerted effort to strengthen public support for a negotiated political settlement, NPC has formulated its mandate to support its activities of advocacy, research, training, mobilization and dialogue, which are aimed at mobilizing the people towards peace and conflict transformation.

The road to peace has been difficult, with many obstacles that have hampered the progress of the peace process and plunged it into crisis. The lack of a bi-partisan approach among political parties, the inadequate representation of civil society groups in negotiations, and the mal-distribution of economic benefits have been the main reasons for the stalemate in peace negotiations. In the wake of the recent developments in the political arena, NPC has identified the need to redefine its strategy, in order to meet the needs of the changing political and social environment in Sri Lanka.

In order to achieve its overall goal that of the establishment of a long-term, viable solution to the ethnic conflict, NPC is committed to the creation of a culture of peace, which upholds the values of non-violence, respect for human rights and the free expression of ideas.