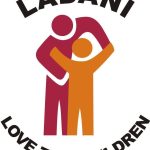 “LADANI” Institute which is now widely known in Sri Lanka and in some countries is mainly meant for the destitute and orphaned children in the island.This Institute which was started on the 27th October 1985 in the village hamlet of Katuneriya in the North Western Province of Sri Lanka is now a government approved charity and has homes in three districts – Puttalam, Kurunegala and Mullaitive respectively. The name LADANI was originated from the first two letters of the Sinhala words LAmaDAyaNIwasa which means Home of Love and Care for children.

﻿NGO. Reg No. L41111 on 11th Feb 2002. An approved charity in Sri Lanka as per gazette notification No. 1334. All donations to the organization are fully tax deductible.