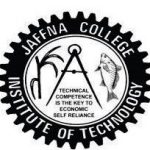 In 1816 American missionaries founded the American Ceylon Mission in Jaffna. The ACM established missions in other parts of the Jaffna peninsula including one in Vaddukoddai. The ACM established numerous schools on the peninsula, the first school being the Common Free School (Union College) in Tellippalai. In 1823 the Batticotta Seminary was established in Vaddukoddai to educate the brightest boys on the peninsula. The seminary was intended to convert the boys to Christianity but most boys retained their Hindu faith. As a consequence the seminary was closed around 1855. Alumni of the Batticotta Seminary and other local Christians led a campaign to re-open the seminary and in 1871 Jaffna College was opened on the former seminary site.