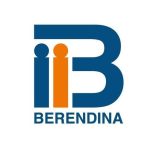 Berendina operated as Berendina Foundation, an International non-governmental organization registered with the Ministry of Policy Planning and supported by Berendina Stichting in The Netherlands, from 1992 to 2005. Berendina Development Services (Guarantee) Limited (BDS) obtained its local registration in 2005 and in 2007

contributing to poverty alleviation in Sri Lanka. Berendina Micro Investments Company Limited (BMIC) was established in 2014, followed by Berendina Employment Centre (Guarantee) Limited (BEC) in 2015. BMI’s operations were transferred to BMIC in 2017. 2020 was a significant year for BDS as BEC operations were merged with BDS.

BDS was also registered as a Non-Government Organization under Voluntary Social Services Organizations Act No. 31 of 1980 as amended by Act No. 08 of 1998 with the registration number L-159410 in 2016. BDS currently serves the vulnerable marginalized